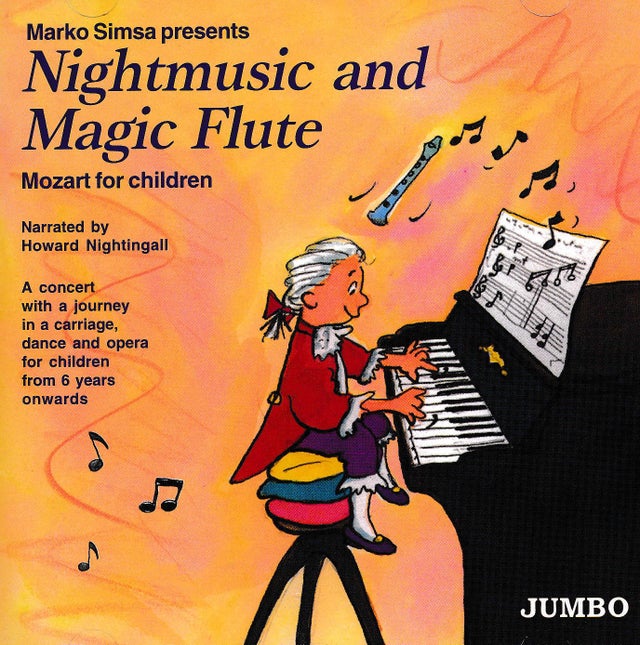 Nightmusic and Magic Flute (in english)

After the great success of "Nachtmusik und Zauberflöte" Marko Simsa's production is now available in English. It is suited for native speakers and everyone, who wants to combine learning English with listening to the classical music of Wolfgang Amadeus Mozart.

The British actor Howard Nightingall narrates the Mozart story in a fun and easy manner as well as presenting some of Mozart's most famous pieces. Included with the CD is a booklet with a list of vocabulary, lyrics and dance instruction in English and German.