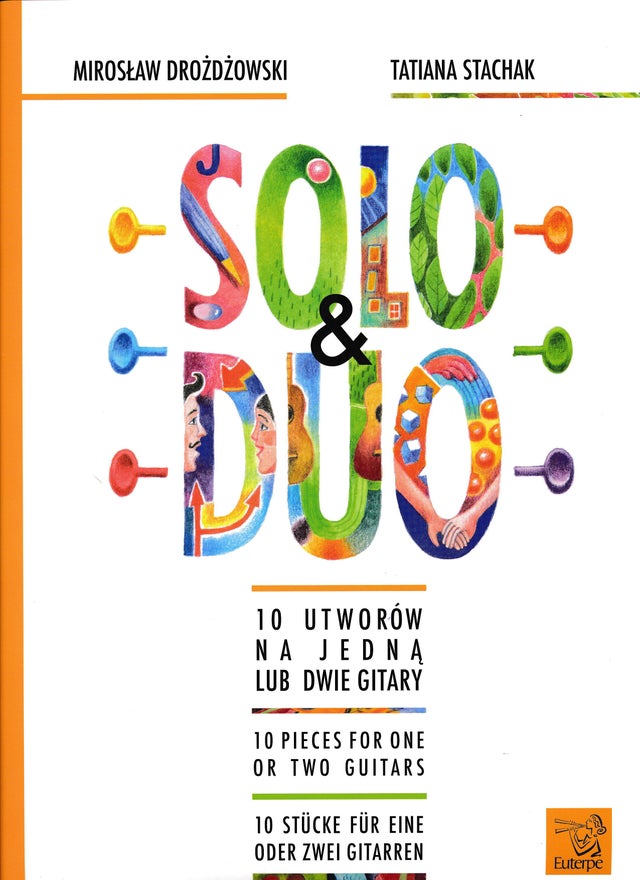 Solo & Duo is the result of a collaboration between two well-known Polish composers and authors of guitar books for children and young people. One of the book’s unique features is the fact that there are two alternative methods of performing every one of the ten pieces it contains; they can be played as a solo composition or as a duet. The first guitar line is a charming, melodic miniature, whilst the second guitar is scored as an appealing rhythmic and harmonic piece introducing a number of guitar effects, namely glissando, tamburo, arpeggio and guitar body percussion. The idea was conceived by Tatiana Stachak, who then invited Mirosław Drożdżowski to collaborate. He composed some of the solo pieces, with others being a joint effort. Ms Stachak then wrote a score for a second guitar to each of them. The difficulty level is medium and the compositions feature a free-wheeling style, ranging from blues, via ragtime and a rhythmic bossa nova, to an atmospheric milonga and a Latin American waltz. We recommend this book not only for its universality, but also for the sheer quality and stylistic variety of the works it contains.

3. The Island of Little Oceans

7. The Ballad of the Emerald Hills